We are now over nine years on from my message below. So, other than the fact that I am now once again Woman With Hair and no longer Human Worm, what has changed? Well, thanks to the unbelievably heroic efforts of the Curistas, we have: raised over £2.4m; funded seven Research Fellowships at the Royal Marsden; forged numerous new friendships; and transformed the figures of some of our more well covered participants, for which their wives are eternally grateful. And David Sanderson has earned cult status.

Thank you, truly, for having been so fantastically generous. It isn’t, however, enough.

Around 32 women every day in the UK are killed by breast cancer. Since Le Cure 2014, the wife of a good friend of mine was one of those statistics, leaving behind 4 teenage children. We all know of many more such cases through friends, some of whom will be riding this year motivated by very personal associations. And there will be at least one other lady on Le Cure this year who has been through it herself.

That pointless waste will keep happening until the Prof and people like our research fellows stop it. And they need your money to keep funding their pioneering research.

Here’s a thought: what if a Le Cure Research Fellowship led to the next breakthrough in cancer treatment? Imagine. That is what the Prof and his team at the Marsden are focused on achieving and that is what we are all riding for and you are paying for. There is no waste. No admin costs or overheads. Just first class research led and carried out by some of the very best in the world.

If that isn’t enough to entice you, pause for a moment to consider the truly horrendous nature of the challenge ahead for this year’s Curistas:

We will, in short, have earned your cash so please send us as much as you feasibly can. In return, we promise to use it for the best purpose imaginable. And you get to have the warm glow of having actually made a real, tangible difference. Go on.

“Whenever I see an adult on a bicycle, I have hope for the human race.” – H.G. Wells

I have learnt many things since 26 September 2013. The first is that you cannot plan your life. Or rather, that you can, but that you actually need to keep it pretty darn flexible. Another is that, when the chips are down, people are even more fantastic than you thought possible. Another is that, against all odds, I have an excellent liver – who knew? Oh, and it turns out that there really are poisons out there that make you feel worse than a Jagermeister hangover. 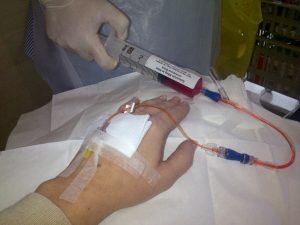 It doesn’t, however, surprise me in the least that so many of our wonderful family, friends and acquaintances are rallying to this extraordinary feat, or that people are being so generous in support of their efforts.  But that is a testimony to all of you.  In the words of Boris, if I had a hat on, I would take it off to you.

For my own part, it is simply impossible to express the emotions of the last year. Suffice to say that I will not quickly forget reading the NHS survival rates for grade III breast cancer in the dark at 3am (even though I had been advised not to), or the days waiting to see if the tumour had spread beyond the lymph to other organs, or (and let’s move quickly to the good news) receiving the epic update that the tumour was responding and then ultimately the all clear. Whatever the future holds, I am already an extraordinarily lucky girl.

But the word ‘luck’ dramatically downplays to what – or, rather, to whom – I owe my debt.  It is no accident that survival rates for cancer, and breast cancer in particular, are improving so dramatically and that the bleak stats that I was reading last September are so out of date. It goes without saying that lawyers are fantastically witty, interesting and key contributors to society; but this lawyer, quite literally, owes everything to modern medicine, and to Prof Smith and his team at the Royal Marsden. 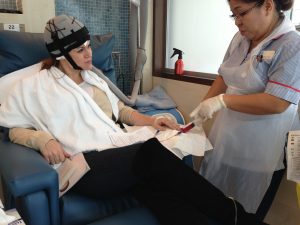 There was nothing pre-determined about my positive story thus far, and there is a lot more work to be done to stop you, or someone you love, from dying from cancer. You may already have lost them. Cancer will be cured. It is just a question of when, not if. But that takes money, and, specifically, your money. Loads of it, please.

So I, for one, shall be cheering even louder than the other numerous supporters as Team Le Cure climbs those brutal hairpin bends. You poor sods!!  The first text I received having shared my diagnosis was from Dan Shute and it read: “Tell me I don’t have to do a marathon?” Well, he and 26 others will be begging to do a marathon rather than get back on that bike by day 2, let alone 3, or 4, or 5…. That my very own Prof Smith has himself taken on the challenge is a testimony to what an awesome thing it is.   It has taken an enormous amount of work from Tony, Dan, Paddy, Bas, Kev and Kate G in particular, who each deserve a medal for their amazing efforts – come September 15th, they all will.

On my behalf and on behalf of all those women who will benefit for many years to come, thank you so very, very much, 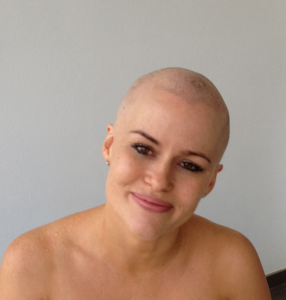