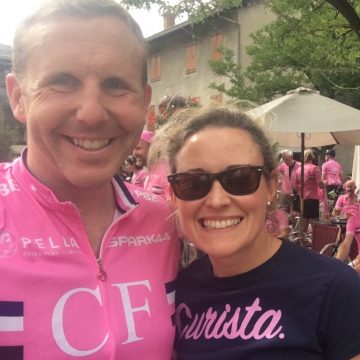 James has participated in:

James will be participating in Le Cure 2022 and will attempt to cycle 443 kilometers and climb 9,345 vertical metres.

Hmmm. Tricky. On balance, it probably has to be meeting Claire Stevens on the Lacets du Montvenier ... 2 years later we got married!

The steady 11% up the Col du Pre. The never ending fog of the Iseran. The Izoard because it is just impossible. Or getting passed after 2km of the Col du Vars by Claire Stevens who was cycling with a broken ankle ...

Cols James will be climbing in the upcoming Le Cure event: