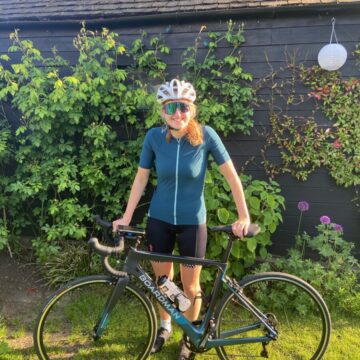 Imogen has participated in:

Since starting Le Cure, Imogen has cycled the equivalent of the height of Mount Everest 2.47 times, and cycled around the m25 4.59 times! That's 21,860 vertical metres and 864 kilometres.

Started off with a few laps round Richmond Park then quickly escalated to the Cornish hills!!

Running out of gels to get me up the mountains!

Reason For Doing This:

Following in the old mans footsteps and joining the pink family to raise money for an amazing cause whilst taking in the 360 views!