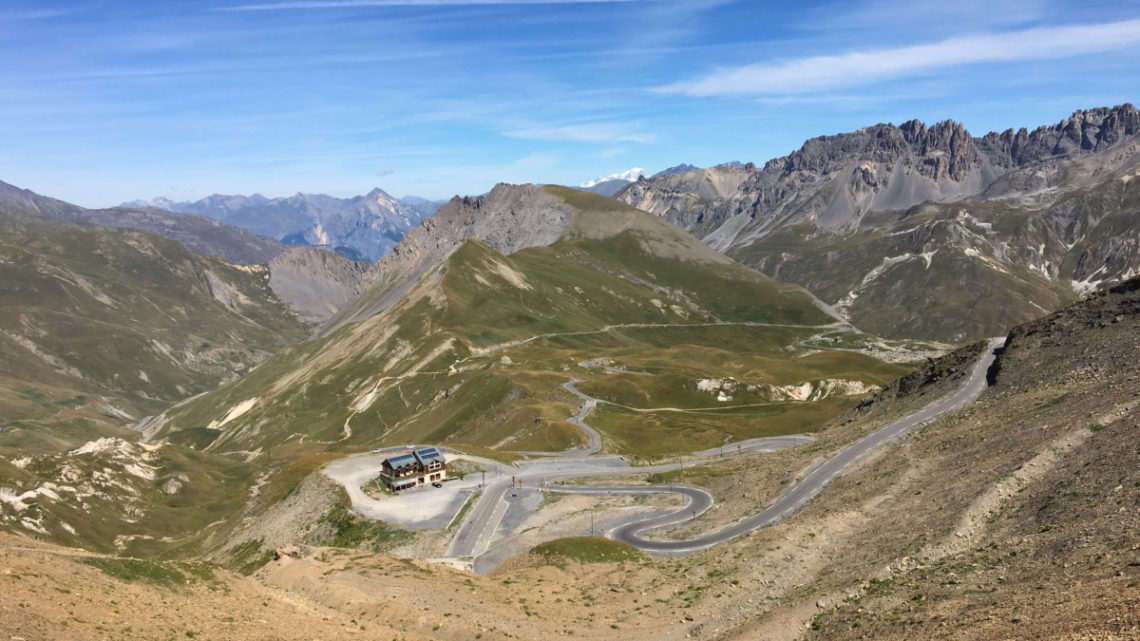 The Tour has been ascending the Galibier since 1911, which at an imposing altitude of 2,642m, makes it one of the most revered climbs in cycling. The Galibier has featured on the Tour a staggering 59 times. Le Cure has ascended Galibier in both directions and, alongside the Col du Telegraphe, returned in Stage 3 of Le Cure 2019 with a spectacular thunder storm at the top.

“Oh, Sappey ! Oh, Laffrey ! Oh, Col Bayard ! Oh, Tourmalet ! I will not fail in my duty in proclaiming that next to the Galibier you are as weak as dishwater: before this giant there’s nothing one can do but doff one’s hat and bow down low.”   –    Henri Desgrange